Recently Don Palathara made his second feature film ‘Vith’ with the production support from Filmocracy. The film was finished with a surprisingly small budget of Rs. 6 lakhs (that also includes a small promotional budget). We think this project is an ideal one to showcase what Filmocracy aims to achieve for various reasons. The film was completed well within the estimated budget. The shoot was done in 11 days while it was planned for 15 days. It used a very compact crew, managed local resources very well to control the expenses. It was shot with a very limited set of equipment provided by Filmocracy (as this was one of the early projects, Filmocracy had very less equipment compared to what it has today) and some equipment borrowed from friends avoiding the commercial equipment rental completely. And above all, still achieving a great and seemingly uncompromised outcome. We hope, the highly spirited and focused approach of Don can inspire the struggling independent filmmakers around us, when one needs to make the film despite all odds, when there isn’t any producer backing your project with adequate funds and when the resources you have is VERY LIMITED. Scope of this interview is limited to bring an insight into how he approached the production in the given situation and do not cover the film’s content or its aesthetics.

Filmocracy: Your first film ‘Shavam’ and the second film ‘Vith’, both are low budget films. How do you approach your films? Do you have budgetary considerations while working on a script? Or is it part of your philosophy to keep them low budget?

Don: The first film that I had imagined was actually a big budget film.  I dont have any intention to keep the budget under certain limit for every film that I make. But at that point, we could raise only a fraction of that intended budget. We had two choices, either wait till we can find the entire funding for the film or make some other film that can be done with what we had. That is how Shavam happened. There is a limit to which one can think about the budget while writing the script. To me, budgeting happens after scripting, but one will have a general idea.

One would be adamant about having a low budget when that’s all he got. For both Vith and Shavam, I knew that we could finish the films with such small budgets. So, it was more about accepting one’s situations and still wanting to make films that I can enjoy. I have wished if I had more money to make Vith since many of the crew and cast were underpaid.

It becomes a matter of philosophy when you are both the producer and director. Then you have to consider which areas you spend that money on and why. In both the films luckily or otherwise, I was taking care of the financials too, so I had that responsibility of deciding where each rupee was to be spent. If you have a different producer which I would actually prefer, then the filmmaker’s job would be to just make the film. There you won’t be the sole decision maker, except for the creative elements. But again, one wouldn’t work with a producer with contradicting interests.

Could you tell us about the budgets of Shavam and Vith?

You said you wished if you had more funds for Vith. Have those constraints affected the creative outcome of the film?

Definitely. We had a track & dolly setup which was custom made by a local welding worker. If we had a better budget, the camera movements would have been smoother. Also if we had block lenses instead of varying focal length, there would be a difference in the sharpness of the image. We had a power black-out during the shoot which affected one of the crucial scenes of the film. If we had silent generators, we wouldn’t have to have such concerns. If there was a better budget, we could have done folly. So there are a lot of things you are forced to work around with a lower budget.

Budgetary constraints can often leave you in no-man’s land. Having made two very low budget features, and now looking back, are there any positives to it? Like being forced to look  at the project with fresh eyes, being forced to ask oneself what is essential to the project? Were there moments when you felt ‘differently abled’ rather than disabled by the low budget situation?

With a higher budget, these films would’ve been totally different. The main reason for shooting Shavam in black and white was the budget constraints. It was about making the best out of what you have got. So I guess, having a low budget forced us to think in certain ways and come up with solutions for every problem. It was also about having the confidence. There were moments where people doubted if a shot was possible with the minimal resources we got. Having a clear idea about the execution also was crucial. There are masters who’ve worked with even bigger constraints towards attaining far superior results, so instead of concentrating on what could’ve been done with a higher budget, one should focus on what can be done with the resources you have.

Preproduction was important. One advantage of filming in my own village was the availability of local resources. At the creative level, especially since the shoot was only for such a short term, we had to know exactly what we were going to do on set. But at the same time one cannot predict all the conditions, hence leaving a bit of room for creativity and the willingness to be flexible is important.

We suppose you worked with a very tiny crew on these 2 projects. How did you decide the crew size?

Especially the nature of Vith didn’t require a large crew. The atmosphere a film tries to create would be reflected in the way a set is managed, I believe. For Shavam, we had a jolly set. The film kinda reflects that I think.

Could you explain your pre-production work with DOP?

Subal (DOP) and I tried to create a shot list together. Also we watched some films together and had long conversations about what we wanted to achieve. We went through each location prior to the shoot and developed a general idea about how the script was to be shot.  We still had small disagreements, but that kind of confusion is just a part of the process.

What cost cutting measures were taken during the shoot in terms of food, stay, travel and other expenses?

Minimising the travel was important. So, I tried to finish odd locations at first. Food for most of the days was booked at one place to avoid complication. There were vehicles available of my own and of friends and relatives. Stay was provided mostly at the available houses of relatives and all. Food is one thing that can’t be compromised.  If you feed the crew well, they will be happy and give you their best.

Could you explain the way you work with actors and the challenges associated with that?

Working with actors is a very delicate process I suppose. The contribution they give is incomparable. I consider it as a favour they are doing to me.  Sometimes, the actor may not be in the right mind, all you can do is to assist them to get there. As I have mentioned earlier, creating an atmosphere and being clear about what you expect from them are highly useful. Luckily in both films, the actors were very patient and gave me as many takes as I needed.

Were you able to finish the shoots within the estimated time-frames and how?

Planning. I knew that the beginning of the shoot would be slow. Cast and crew need time to adjust to the film. Once you get them on your side, you have not much to worry.

What were the major challenges in post-production and how did you handle them?

The major challenge was financial only. Finding the right people to work with was not easy this time either. Luckily a lot of well wishers including the acquaintances from Filmocracy helped me finish the film.  Sound was not something easy to work on since bad sound can ruin a well shot film. Gave a lot of thought on the design and did a lot of rework too. Camera jerks and unnecessary reflections had to be worked on. Finding the right colour tone was not as easy as I previously thought. Vijayettan’s (Vijayakumar CV, the colourist) technical expertise was a bliss.

For the second film, you got production support from Filmocracy. How far did that help you in your production? What are the areas you think Filmocracy should improve upon immediately?

Filmocracy’s support reduced the production cost drastically.  The birth of filmocracy was in the right time. A lot of independent filmmakers are arising from Kerala now, and what they mainly lack is money for production. Another area where Filmocracy helped me was with finding some crew members. With more equipments and more people joining the movement, It can potentially be a golden era for independent films in Kerala. 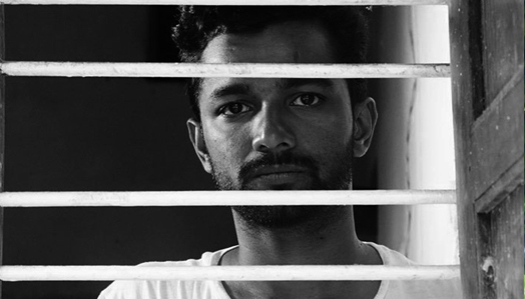 What will be your expectations of a dream platform for an independent filmmaker? What all should it offer?

Distribution is the area where we are the weakest right now. After making a film, there is no platform to screen it or to get a return out of it.  There are international platforms such as festivals and content acquisitors. Commercial films get theatres and audience. We, as people who went against the current can’t expect people to like whatever we make. Instead, we should develop alternate methods for distribution. If a sustainable way of making films arise, that’d be ideal.

You traversed Kerala twice with ‘Cinema Vandi’, an initiative for taking independent films to people across the state. You also documented the journey on one occasion. What was your experience of the audience who turn up to view such films?.

A vast majority of audience in Kerala are still not used to such films. Art, for them is something with a direct political or moral message. Self expression is looked down upon. The exception would be youngsters. Different kind of films are respected and admired by them. But, unless we keep making such films, they will fall into the pattern too. 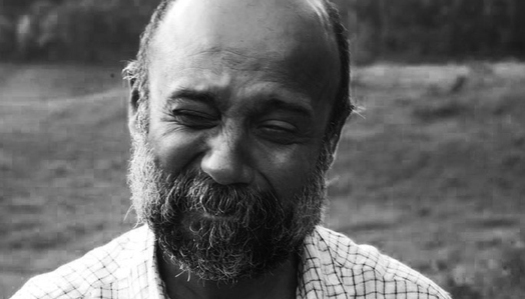